Timothy Ryan (TJ) served just under 13 years in the US Army as an Airborne Ranger, from 2005 to 2017. He has 8 combat deployments to countries, including Iraq and Afghanistan, suffered moral injury, and was later diagnosed with PTSD. A short time after undergoing extensive treatment he realized the necessity for quality mental health care because he saw the real world benefits in his life. TJ also came to recognize trauma as a universal human plight that can occur anywhere and be experienced by anyone. Leaning hard on creative expression, a tool he acquired through treatment, he started to reclaim his identity by becoming a prolific visual artist, writer and sometime musician.

TJ’s work has been exhibited and performed locally in Telluride, CO and in venues across the country. TJ worked with other veterans and actor Jeffrey Wright in the 2018 HBO documentary We Are Not Done Yet, about coping with post-traumatic stress and having open conversations about mental health. Currently he volunteers in various roles for Warrior Writers, BRADY (United Against Gun Violence) and JUST HOPE, a nonprofit serving the homeless. 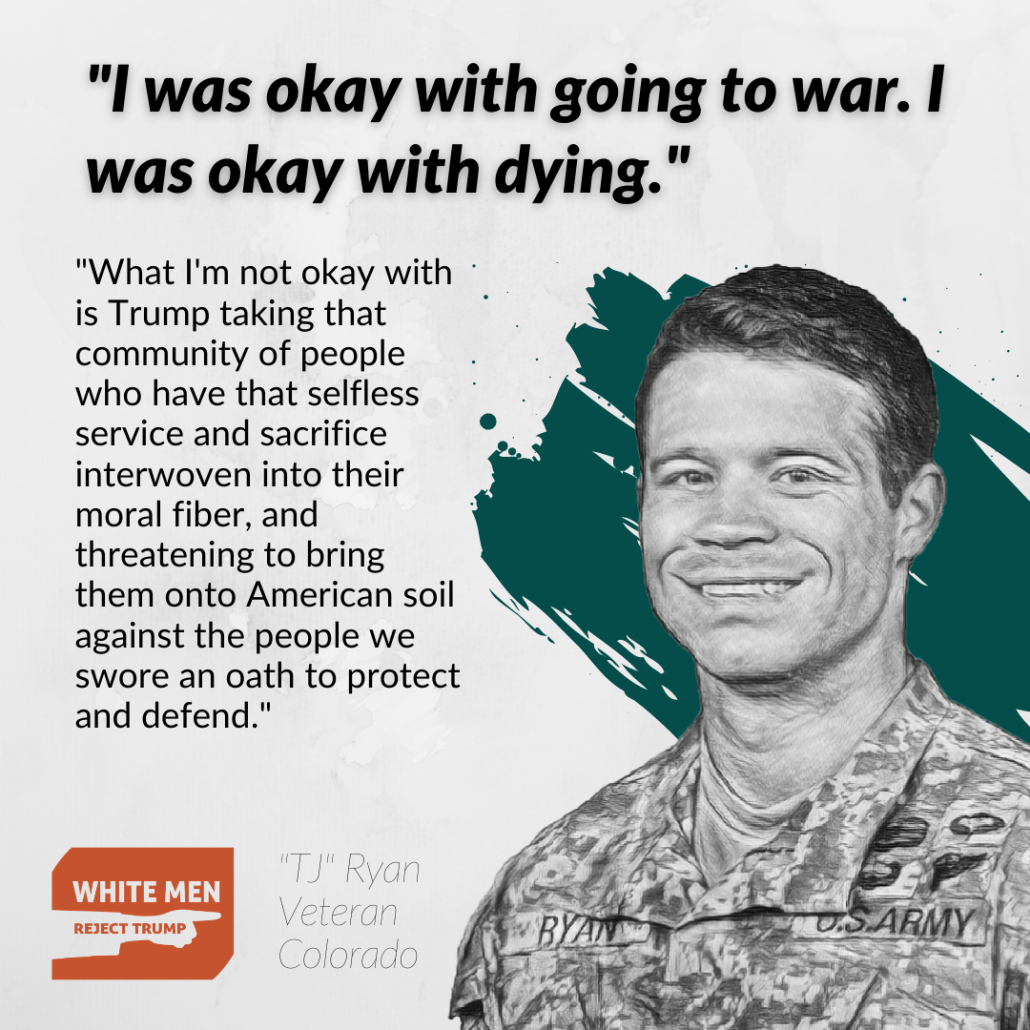 Please fill out this form to book TJ for interviews, quotes or other appearances.
Garett Reppenhagen