Josh Schott lives in East Glacier Park, Montana on the Blackfeet Reservation and is originally from Whitefish Montana, a predominantly white area sympathetic to militias and toxic white masculinity. He witnessed that culture cause community crises of white men struggling with drug and alcohol addiction, depression and suicide. Over the past 13 years, 10 of his white male friends have died from drug or alcohol related causes or suicide.

Josh is passionate about organizing rural white folks, especially white men. He works to support the transformative healing of white men so that they can take action against a system which targets Black, Indigenous, and other people of color, women, trans and non-binary folks, but which also tells a lie to white men and harms and kills them. 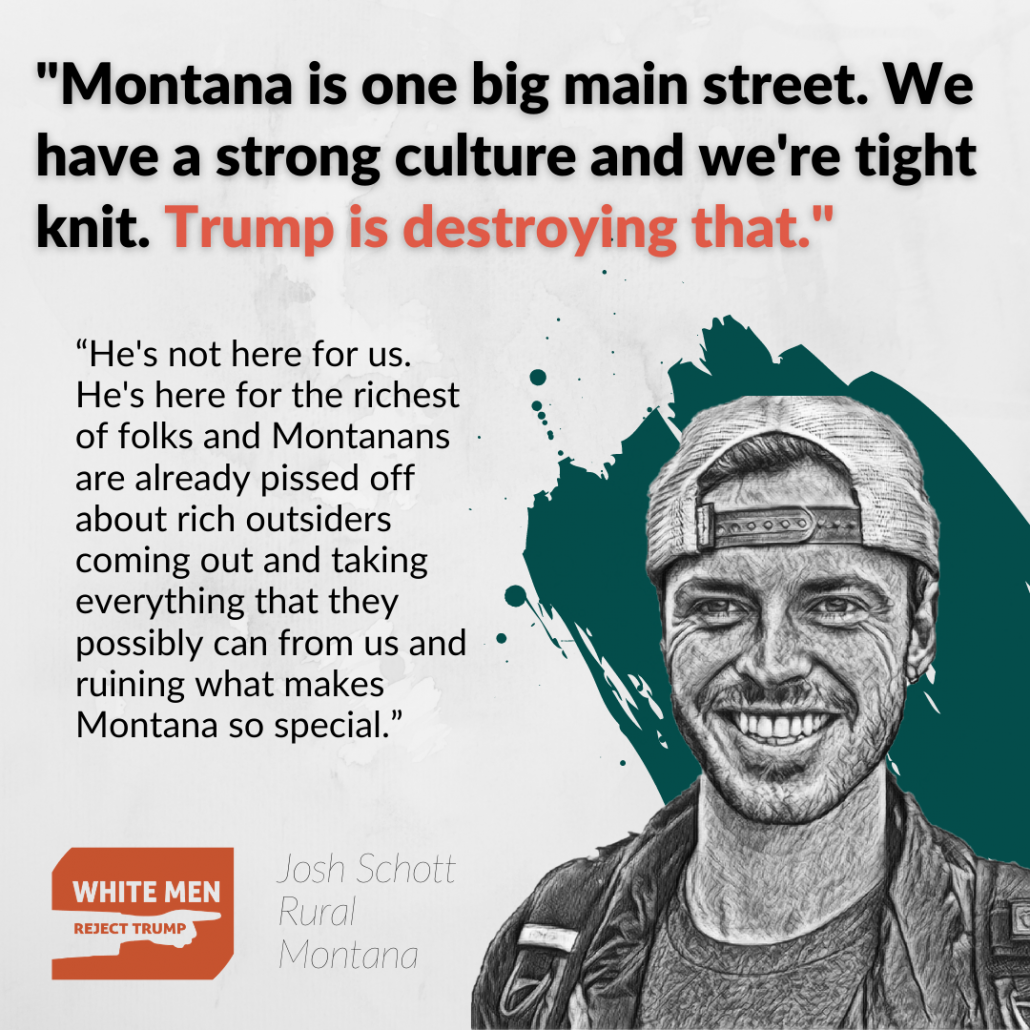 Please fill out this form to book Josh for interviews, quotes or other appearances.
Scott Davis